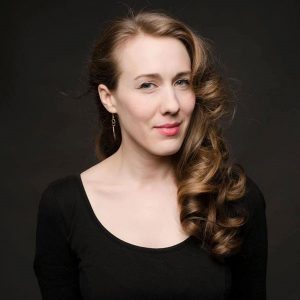 Leigh’s wise-beyond-her-years perspective comes from her hard time on the road, and her accolades prove it: she is two-time Texas Music Awards Best Female Vocalist, 2018 Ameripolitan Music Honky Tonk Award winner, appeared as a finalist on USA Network’s Nashville Star television show in 2003, and most notably, was champion of the 1993 Vergas Loon Calling Contest as a child in her home state of Minnesota. On the 2008 critically acclaimed duet album Holdin’ Our Own, Leigh sang duets penned with country rockabilly giant Jesse Dayton, hailed by American Songwriter as “A combo of clever, contemporary country-wise originals.” In 2013, Leigh released the Gurf Morlix produced album Before The World Was Made, with her frequent songwriting and touring partner Noel McKay, which CMA Close Up called “Hilarious, sentimental and profound, usually all at the same time.” Leigh is a member of the band Antique Persuasion, a bluegrass side project whose 2015 album Don’t Forget Me Little Darling, Remembering the Carter Family, remains a modern day bluegrass radio standard. The same year, Leigh released a tribute to country legend Lefty Frizzell (“Brennen sings these songs with such exquisite love and passion…this album makes a brilliant vessel for her voice.” -Saving Country Music). She has been featured as an instrumentalist and singer on a myriad of releases by artists such as Jim Lauderdale, Charley Crockett and James Hand. Live music will begin at 7:00pm and end at 10:00pm. 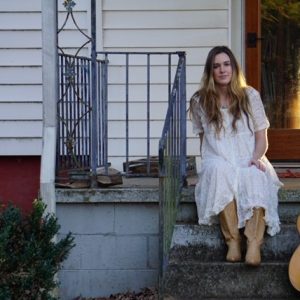 Raised in central Virginia, deep in the heart of the Blue Ridge Mountains, Juliet McConkey has always possessed a deep understanding of nature and interpersonal relationships that only comes from a rural upbringing. That is articulated sincerely and thoughtfully in her songwriting. With a voice as singular as they come as the impermeable vessel, her songs are a deep inhale in a world in need of a breath of fresh air. Music begins at 6:00pm. 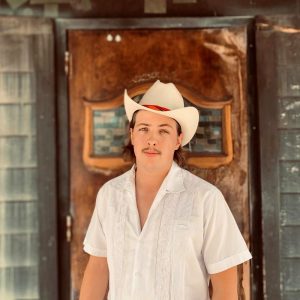 James’ music is often filled with characters who live near borders and on open plains, who work cattle on hot days and visit honkytonks at night, who experience hardships and cause a bit of a ruckus from time to time. His songs are filled with perspective — sometimes his own, sometimes that of others — but together, shine a light on a larger picture of what life looks like for people in a place that’s often forgotten.
His upbringing is part of the reason he can see things from so many different angles. Born in South Texas, he spent his childhood in Saudi Arabia and Germany and had the privilege of traveling all over the world at a young age. He’s now based in Austin, where his unique worldview, the people he’s met and the places he’s seen inform the songs he writes. Music begins at 6:00pm.